New technologies both displace and create jobs. The future of work will become more dependent on adapting and learning new skills.

Historically, new technologies both displace and create jobs, leading to disruption in the labor market. As technology continues to invade every facet of our lives, the future of work becomes more dependent, reliant and, ultimately, ensnared by it. We’re barreling toward a future where rejoicing and screaming “school’s out!” after earning our degrees and getting our very first jobs doesn’t spell the end of our education. In order to maintain an upper hand over technology in the workforce, people will need to continually update their skill sets. And as things stand now, traditional employees are getting schooled by freelancers when it comes to hitting the books and learning new skills.

In 2018, according to Mary Meeker’s latest Internet Trends report, freelancers were twice as likely to have upgraded their skills in the past six months. In fact, one-in-five of those freelancers participated in skill-related education within the past week of being surveyed as opposed to only 6% of traditional employees. To say these typical nine-to-fivers are becoming complacent when it comes to their skill sets is no joke, and this complacency acts as quicksand that drags them down as the technology-fueled future of work begins to rapidly take shape. Today, this trend is even more acute.

Freelance workers are embodying a “carpe diem” mentality when it comes to the future of work, embracing technology and on-demand work to earn extra income, gain more flexibility and put their different skills and assets to use in the workforce. Meeker found that the freelance workforce showing three times faster growth than the total workforce, with a 23% growth in 2017 alone. Early estimates predict there will be nearly seven million on-demand workers by the end of 2018.

This massive boom is due in large part to advances in technology, which 77% of respondents acknowledged in 2018 as a tool that it makes it easier to find freelance work. The future of work and the professional lifestyle that freelance work and technology continue to usher in are causing job expectations to evolve beyond just monetary-based considerations – in 2018, 51% would change jobs for access to a flexible schedule while 35% would switch so that they could work from home.

That was then, this is now. Today, with remote becoming even more prevalent, the need to embrace technologies such remote video, collaboration tools, virtual workspaces and more is becoming mandatory.

As technology continues to disrupt the workforce and require that workers possess newfound skills to keep up with its advancements, a crippling skills gap is beginning to form that has dire consequences for long-term economic growth. Now, the problem with employment isn’t so much that there’s a lack of jobs, but rather a lack of workers with the skills necessary to succeed in the jobs that are becoming available. McKinsey reports that nearly 40% of American employers struggle with finding people who possess the skills they need, even for entry-level jobs. The price tag for this skills gap? Brookings Institution reports it’s an astronomical $1 trillion a year.

Increasing specialization of work is arising due to new technologies and the evolving nature of work, so much so that WEF predicted by 2021 that 35% of skills considered important today will have changed. This is exasperated by traditional work restrictions like place and time, which are huge factors spearheading the growth of the freelance workforce. With the ability and freedom to work where they want and when they want, freelancers are capitalizing on this flexibility and refocusing their energy toward reskilling to maintain viability in today’s workforce while bolstering themselves for the future of work.

With much of today’s work being creative or knowledge-based, freelancers are seizing the opportunity to learn new skills and apply those to different gigs where they can exercise the freedoms and benefits this type of work provides. Increasingly, employers are more concerned about the availability of talent and skills, rather than where and when a person actually works. This is evident in findings from Deloitte, which reports that 51% of executives plan to either “increase or significantly increase” their hiring of freelance workers throughout the next five years.

As employers steadily embrace the future of work and the new skills it will require, employees need to follow suit and start proactively taking steps to reskill themselves or face increasing irrelevancy in the workforce. Technologies like AI and automation will continue to evolve, requiring more skill-intensive and diverse duties. This means the disappearance or extensive metamorphosis of some of today’s jobs. People that find themselves in these jobs will have to continuously learn and update their skills in order to stay afloat in this ever-changing workforce. The professional well-being of many, not to mention the health of the global economy, depends on this. Welcome to the future of work!

Where Will Your Company Be When the Future Arrives?

Spotify is a global leader in audio streaming and media services. They serve more than 450 million monthly users in over 180 countries across a variety of support channels in more than a dozen languages. Why should organizations care about human-centered experience design? Discover the reasons it is essential to delivering transformational automation that gets results. How to Build Better Automation That Grows Brands & Business

Learn How to Build & Maintain a Thriving NextGen Community 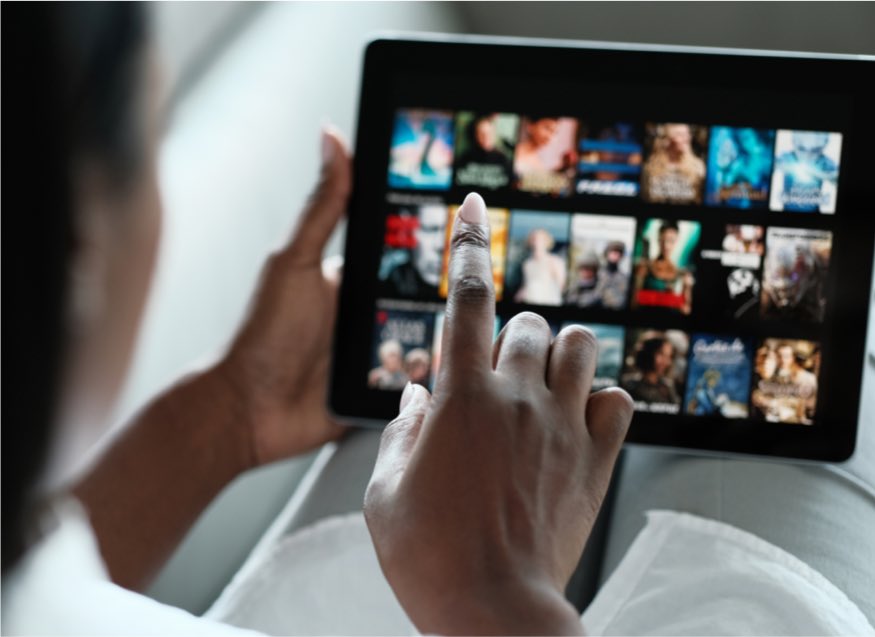 5 Ways To Get Successful At Customer Success

As switching SaaS providers continues to get easier, the goal of reducing churn and improving retention can be a challenge. To help, the primary goal of Customer Success (CS) is to ensure subscription customers achieve their desired outcomes while having an exceptional experience doing so. These five essential elements can help you become more successful at reducing churn, increasing retention, and improving Customer Success.

Are You A Customer Success Leader Or Laggard?

Many today are subscribing to the use of goods and services rather than purchasing them outright. These subscription relationships are proving economically beneficial, convenient to consumer, and typically easy to exit. This has meant a shift in priorities for brands, away from customer satisfaction and toward customer success.

View our case study about how Sutherland helped a global entertainment brand deliver exceptional customer service as they jumped into a new segment. Infographic - 10 Things You Need to Know About Online Reviews

Online chatter is key to driving buyers to your products and services, it can also drive prospective purchasers away. Companies that understand this delicate dynamic know how to make online reviews work for their business, not against it.

A Remote Working Solution for a Global Organization

Discover how Sutherland helped their client create a remote working solution during the COVID-19 pandemic by setting up a secure work at home environment worldwide.

Fake news is 70% more likely to be shared than truth. In our Age of Misinformation, a better approach to content moderation is required to protect and nurture communities and conversations vital to your brand. 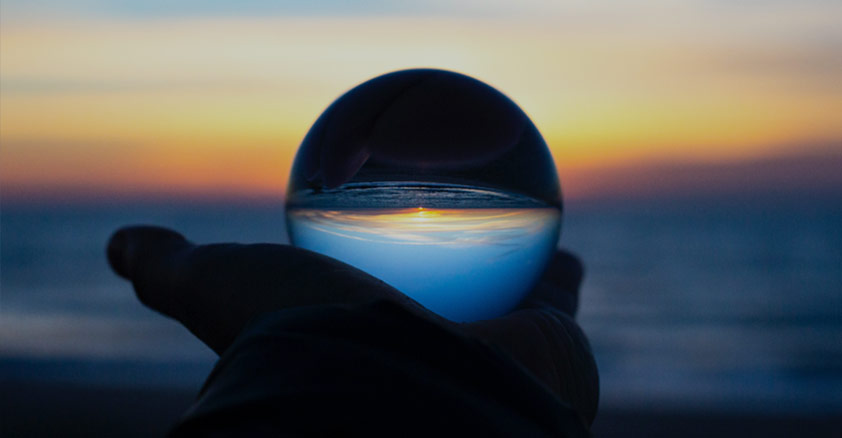 Factors like the focus on digital, rise of personalization, and explosion of different channels have emphasized the importance of a solid content pipeline. 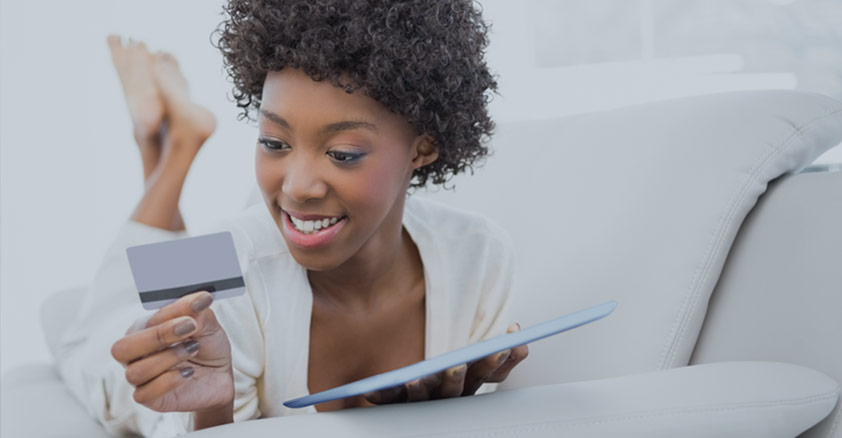 From storefront content creation to product listings and SKU management, we create high-quality content that allows for data mining and personalization. 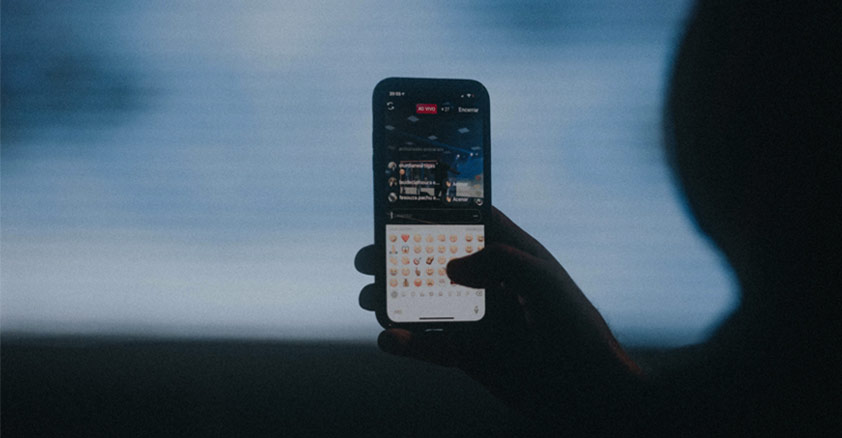 Understanding the Human Element of Moderation

By identifying inaccuracies and flagging malicious or inappropriate posts for removal, moderators help users enjoy all the benefits of social media. Amazon’s earbuds will look like AirPods but with Alexa built in, people can use their voice to order goods, access music, weather, & more. Read more.

How to Transform Your Company to a Digital Culture

Often lost in translation is the potential for digital transformation to reshape company culture and improve the employee experience for the better.

Voice in the Enterprise Lending Welcome Helping Hand to Employees

When it comes to how employees get work done in the enterprise, voice tech is taking siege and changing the way we do even the most basic of tasks.

Learn how personalization is one of the most effective ways to create the best customer-centric experiences, and how data powers these experiences.

The Misconception of Corporate Social Responsibility

The common misconception is that CSR is charity. Corporations aren’t mindful of the fact that CSR is actually a business investment. Read more here.

New technologies both displace and create jobs. The future of work will become more dependent on adapting and learning new skills.

How to Implement a Successful Design Thinking Strategy